During our short stay in Western Massachusetts, Brian’s old stomping ground, we were based in the small town of Montague with friends Ricky Baruc and Deb Habib, whom Brian has known for many years and whom I met in 1997 when I first visited Brian at the straw-bale house he had just built in Wendell. Ricky and Deb have a small farm and an educational endeavor called Seeds of Solidarity. Deb is an amazing organizer and founder of a huge annual Garlic Festival in the town of Orange. Farmer Ricky has a strong spiritual nature that drives him to continually work to deepen his relationship with the cosmos and to explore his inner self. Rick and Deb’s son Levi was just born when Brian left Western Mass in 1999 to move to the West Coast, and although it’s been twelve years it seems like it was overnight that their baby bean sprouted into an incredible human being with a happily grounded presence and his own unique sense of style. During the afternoon, we got to visit their amazing home, a work in progress that features an indoor composting toilet system, passive solar (a connected greenhouse) and many other amenities and artistic touches. Along the road into their farm are signs decorated with graphics and quotations marking fields and greenhouses named for famous peace and social justice activists. When Brian suggested we move in with them, Rick and Deb happily agreed.

Regrettably, there was just one day, Sunday, allotted for book events in Western Mass, but we made the most of it. First of all, Brian and I caught up our sleep, walking up just in time for a 10 o’clock Sunday brunch, certainly in the top ten of all the potlucks I’ve ever attended! Then Deb and Ricky delivered us to the New England Peace Pagoda in Leverett, Massachusetts. The New England Peace Pagoda (the first of its kind in North America) was established as “a visible form of prayer for inseparable peace in the world and within the minds of all humanity” by monks and nuns of the Nipponzan Myohoji Buddhist Order. Brian was deeply honored by being the second speaker whose words would grace the new temple after its recent dedication on October 2 (the birthday of Mahatma Gandhi) which had featured an address by the Christian pacifist John Dear. This was a momentous occasion, because of the new temple’s long history. The New England Peace Pagoda was inaugurated in 1985 but the accompanying temple was burnt to the ground by arsenists immediately after being built and its resurrection has taken many years. Brian was introduced by Sister Clare, whom I remembered from a ceremony I attended at the pagoda with him in 1997. The energy in this venue was quite incredible, to say the least, and led to an inspired address and Q&A, followed by many book sales. I wandered the grounds to capture some images of the pagoda, temple and gardens. 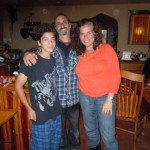 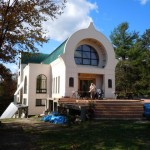 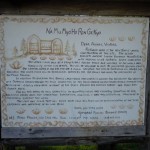 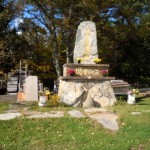 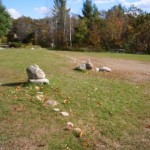 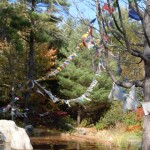 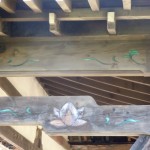 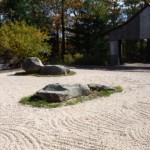 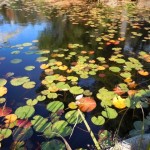 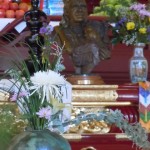 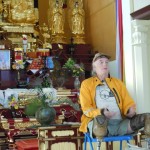 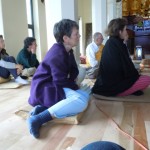 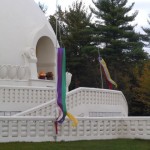 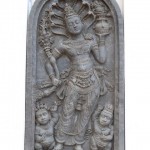 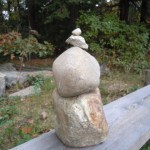 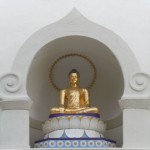 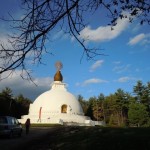 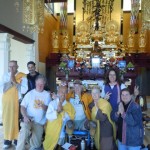 That evening, Brian had a second speaking event at the Second Congregational Church UCC of Greenfield, preceded by a vegetarian potluck. Folksinger and political satirist Tom Neilson warmed up the crowd, accompanied by vocalist Lynn Waldron. Introductory remarks were delivered by Louis Battalen, one of 27 librarians honored with a 2003 New York Times Library Award when he was director of the Arms Library Association in Shelburne Falls, Massachusetts. Among the other luminaries in attendance were long-time activist Frances Crowe, writers Wesley Blix and Rob Riggan, nonviolent communication trainer Karen Fogliatti and social-change artist Josh “Waffles the Clown” Dostis. Unfortunately, since so many books were sold earlier in the day, only six were available for the Greenfield talk and it was only due to the nonviolent nature of the persons in attendance that fistfights did not break out. A few people signed up to obtain books later through the Solar Store in Greenfield. Special thanks to Karen Fogliatti for helping arrange this event.