Posted on September 8, 2012 by Becky Luening

The moving September 1st commemoration of Nuremberg Actions’ stand on the train tracks at the Concord (California) Naval Weapons Station 25 years ago in protest of arms shipments to Central America, and the ensuing tragic maiming of Brian Willson, continues to reverberate. While the story published in the San Francisco Chronicle and on SFGate was very brief (accompanied by a photo by Mathew Sumner taken from Brian’s-Legs’ view), in-depth articles inspired by the anniversary have been published in Street Spirit (by Terry Messman with contributions by Ariel Messman-Rucker) and on the Waging Nonviolence blog (by peace activist extraordinaire Ken Butigan, one of the original members of Nuremberg Actions).

Here are a few more visuals of the 2012 event captured by my own camera: 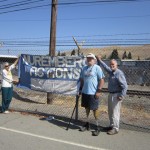 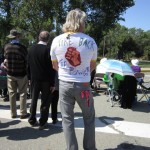 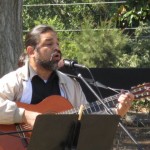 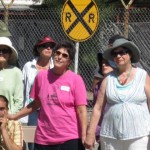 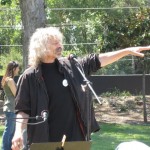 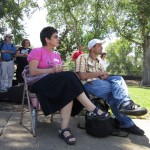 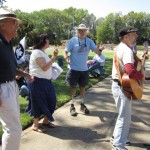 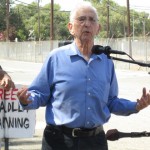 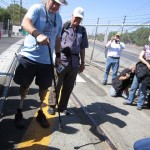 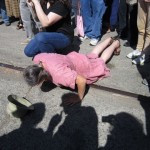 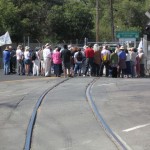 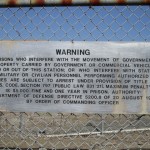 One Response to Recommended reading